Guardian Cares is a fundraising opportunity that occurs every year in an effort to raise money for a local charity in Milwaukee.

GCU employees were given 5 charities to vote on for Guardian Cares 2017 and Milwaukee Area Domestic Animal Control Commission (MADACC) was the final vote.

MADACC was founded in August of 1999 and provides temporary care for sick, abandoned, or animals that have shown consistent behavioral problems in all 19 municipalities of Milwaukee. MADACC has taken in over 12,000 animals in need since then.

MADACC provides many services to ensure the safety of animals, including returning lost animals to their owners. MADACC receives many run a ways on and around the Fourth of July due to the fireworks scaring the animals away. When the animals show up at MADACC they do everything they can to reunite the animals with their families. If they are unable to find their families they are then put up for adoption. MADACC encourages a safe and responsible home for the animals they take in once they are adopted. It is very important to them to educate the public on what it means to take care of a household pet and the responsibility it entails.

In exchange for certain donation amounts you not only are donating to an amazing cause but could go home with an awesome token of Guardian and MADACC’s appreciation. Current items that we offer for donation prices are:

So if you want an awesome GCU token, or have a cuddly friend that’s close to your heart please come in and donate at your nearest Guardian Credit Union today! Take a look at the locations tab under our website to find the one closest to you! 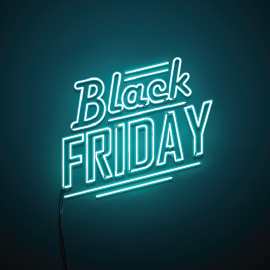 Learn a brief history lesson on your favorite retail holidays.

Our 2022 Seasons of Giving campaign is here! Read more for additional details.

You will be redirected to